Let’s play spot the Half-Rust. That’s probably more emotion than a sizable chunk of people reading this will have seen me ever display. It being the first gig of the year I’ve been to on Thursday, I was going to make this the long-coming music post, but then stuff happened and now I’ve got a lot else to witter on about.

So, the big news: this week got upgraded to race week very suddenly; so suddenly, in fact, I haven’t even had a chance to add it to the Race Calendar page yet. It went a little like this.

Just a quick note for the non-sporty people who read this (Hi Mum, Hi Dad) – when I use mm below, I’m not referring to really short distances, I’m referring to minutes per mile ie how fast my legs are shifting me. Low is good.

The SEAA 12 stage relays were, last year, the first event I did with the Chasers (I also competed in the 6 stage event in September which I wrote a whingy first-world-running-problem post about). I’d hopped onboard as a late replacement for the men’s B team, who were slightly short on numbers. It was also the first organised race of any kind I’d done, ever. Enthusiastically, I think I made a good impression on my new club by offering to run two legs over the course of the day to cover an injured club mate – the first leg of which became my first official sub-20 5k. As such, I have fond memories of this particular event, even if it was in Milton Keynes (I do not have fond memories of Milton Keynes). 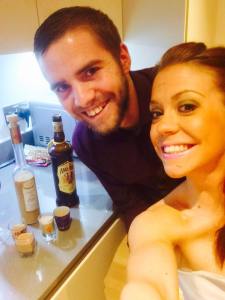 I also met this one on the coach to the race, who’s quickly become one of my best friends and constantly encourages me to be more drunk. She’s also making the leap to an Ironman this year (Austria) and will probably be quicker than me, has a training ethos that puts mine to shame (how the hell do you stay on a stationary bike for that long?), and is one of a few people who have stated that they are aiming to get mentioned in this blog every week. Happy now? I think I should find some kind of contest to pit these people against each other for this honour. Is it disturbing that Battle Royale is one of my favourite films? Let’s not do that.

Being that I’ve been a miserable cripple for the majority of the last few months, I had stated a few weeks ago that I wouldn’t be able to take part in the relays this year. I’d be back running, yes, but not able to move my legs that fast yet. This lasted all the way up until Saturday, where after a bit of a miserable transition training session (it was very cold, I’ve forgotten how to do rolling mounts, I fell over) I completed the majority of a one hour fifteen minute long run at or around my 6:20mm estimated half marathon pace. Clearly I must have looked absolutely shagged as some bloke fixing his car at the side of the road offered me water as I passed him, and I hope he understood from the seal-esque noises I produced – in between sucking up enough air that it could have been assumed that I was trying to single handedly trying to deprive the world of enough oxygen that over in the States, Donald Trump would finally, finally have to shut the fuck up – that I was trying to say “I’m okay, but thanks”.

Encouraged by this sudden and unexpected renewal of pace, I got home and immediately volunteered to run a leg if there were any shortages (I’d already planned to cycle over to the course and support anyway). Lo and behold, with a significant chunk of the Chasers recovering from either ultra-running or ultra-drinker on a ski holiday in the Alps, there were plentiful shortages. I got the confirmation on Sunday morning that I was in. Probably could’ve done without that 40 mile hilly ride through Kent to get there then, but hey, planning was never my strong point.

With not a lot of time to prepare, I didn’t have a particularly concrete goal for this race (other than to finally use the race vest I’d purchased for my failed attempt at crosscountry). The SEAA 12 Stage Relay differs from the 6 Stage in that there are two course lengths – odd number runners do a longer course, even do a slightly shorter one. The course – at the Cyclopark in Gravesend this year – was pretty undulating, so I figured that if I could run somewhere around a 5mm on the downhills and slow to a 7mm on the ups, that’d put me on course for an average 6mm pace and an 18 minute 5k – not that far off my current 5k PB set last November. 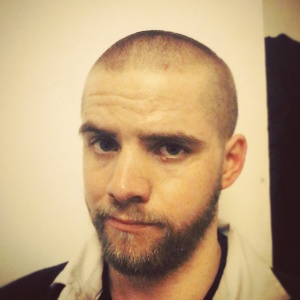 Sporting my new aero hairdo (microgains), it ended up that I was taking over from Coach Dan, who ran the longer leg (three laps) before my shorter leg (two laps). From the master to the student. I went off like a shot – the start line/changeover point was on a downhill, so it was a common theme for the day – before settling into a pace that was something like that of a man possessed by the ghost of a slightly faster man, who is in turn possessed by the meta-ghost of a fat kid with an ice cream fixation.

In the end the two laps came in quite short of 5k, with different watches measuring it between 2.65 and 2.7 miles. This meant that on finishing in 15:11, I went through three feelings: one, like I’ve suddenly become a running superstar; two, that I’m probably about to test positive for some banned substance or the other that apparently I didn’t know was on the list or accidentally took a friend’s medication or something; and three, when I’d actually realised the distance was short, the feeling that if I’d have carried on I’d have just smashed my PB.

This is slightly premature. Now less hyped up on adrenaline/beer, I’ve done the maths and worked out that my 5:41 average pace would have put me on track to exactly equal my 17:38 official PB from last year. Is that a disappointment? Hell no! To hit my 5k PB pace, on a much harder course, the day after a choppy long run, having cycled for two and a half hours just to get to the race, nutrition not being on point due to cavorting around reviewing Indian restaurants in Camden the night before, and having clocked a distinct lack of actual running hours since November? I’m dead happy with that. Being an SEAA event, the standard is still ludicrously high (there’s a lot of very serious people at these events, and then the Chasers getting pissed and yelling), and I ended up being the 25th out of 40 runners for my leg. Not even bothered this time.

The excitement has definitely been building for the start of the triathlon season these last few weeks, and now I’m pretty much at peak hype. Get me in that lycra already! The SEAA relays, short as they are, have definitely reignited my love of competition. With the Thames Turbo sprint a week today, I spent most of my non-exercising weekend scribbling up some guidance notes in my capacity as league captain, and now it’s time to get myself ready. Estimated swim/race times have been updated, and after smashing the swimming last week, heading into this weekend I’ll be changing the format of a few sessions to some high intensity interval work to loosen the legs up. Then I’ll spend an hour writing a solid pre-race speech to give. I feel like that’s appropriate.